Why I deleted all my Black Friday/Cyber Monday emails 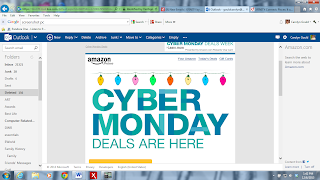 Okay, I admit:  It’s hard enough to write great subject lines any time of year.  It’s even harder to make good ones last.  Unlike the direct mail headlines of the past, subject lines wear out faster due to overexposure and overuse.  But, when it comes to the 4th quarter, and the biggest promotional period of the year, you might think that a little more thought would go into the poor,  workhorse of copy—the subject line.

When I opened my personal email, what I saw were line after line of promotional emails all with some variation on Black Friday Sales Start Now or Hurry! Don’t miss out on our Cyber Monday Spectacular!  Line after line.  At least, with a pile of catalogs, you can sift through them, putting some in the in-stack and assign others to the out-pile.  But, in the meantime, you would have seen in that brief 30 seconds or so—pictures, multiple headlines, insets, calls to actions, multiple products—something that would be bound to capture your interest, especially if you were a customer.

But with subject lines—all bearing the same message or words, there’s hardly a nudge made to encourage you to open them up. Even the 30% off promises were routine.  Here’s a sampling from Land’s End.  Nov.26:  Doorbusters start tomorrow. Nov. 27:  30% off gifts for everyone.  Nov. 27:  Thanksgiving doorbusters are. . . . Nov. 28:  Hurry!  Doorbusters end tonight.  Nov. 29: It’s called Cyber Tuesday.  November 29: Last Chance for Cyber Tuesday.  (Cute, huh?  They thought they’d be different).

If you get emails from more than one retailer, your email inbox from Wednesday night through Tuesday was jammed up with boring, repetitive one liners.  No one stood out.  Even the beloved store of my youth growing up in the Northwest—Nordstrom—felt compelled to join in the fracas.  Theirs said:  Cyber Monday Savings are here.  Ugh.

So, I deleted them all.  And I didn’t go to the mall to be mauled either.  And I’m not the only one.  Did you notice?

Posted by Carolyn Gould at Friday, December 06, 2013 No comments: 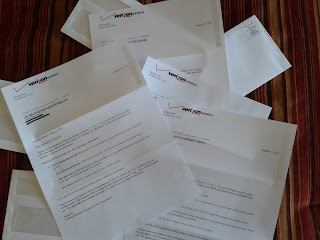 In the Eyes of the Beholder: Technological Change

My grandmother, who emigrated from a suburb of Berlin to the United States in the 1880’s, used to call the television set a radio. Of course, we children found this hysterically funny and used to fool her by hiding behind our monstrous television with the sound off and pretend that we were the actors on TV.

When she died in the 1950’s, she had probably witnessed more rapid and more radical change in technology than I may ever witness. During her life, she saw transportation move from horse to car, the birth of film and the acceptance of photography as everyday phenomena, the eradication of many diseases, and the mechanization of mundane household drudgeries, among so many other technological changes that I can barely list them. She also saw destruction on a massive scale and holocaust—all realities I grew up with that she had never known, but now bore witness too.

Advances in technology—with the exception of computerization, digitalization, and the internet—for me have often been a two-edge sword. Technological advances in food production and the growth of commercial farming have brought forth bountiful harvests, but at great cost to the environment and to food itself. Car transportation, once a symbol of freedom, now chokes us in pollution and ties into an outdated fossil fuel economy. The list goes on.

So, it was with great enthusiasm that I read 13-year old Scott Campbell’s article in the BBC news magazine comparing the original Sony Walkman to the iPod, “Giving up My iPod for a Walkman.”

His amusement is terrific:
“It took me three days to figure out that there was another side to the tape. That was not the only naive mistake that I made; I mistook the metal/normal switch on the Walkman for a genre-specific equaliser, but later I discovered that it was in fact used to switch between two different types of cassette.”

Most of his comments—and I believe this is true for much of the technological changes we are seeing now—are about how clunky and mechanical the Walkman was. The size is huge, the buttons too large, the tapes unwieldy and subject to jamming. Miniaturization and digitization are the two most relevant changes. He had little trouble once he figured out the “ancient” technology and managed to adapt a shuffle function onto it (his father warned him that overusing rewind could eventually damage the tape leaving him music-less the rest of the day). Miniaturization is really a matter of degree, not the radical change that exchanging a horse for a car represents.

His mind-blowing conclusion:
Personally, I'm relieved I live in the digital age, with bigger choice, more functions and smaller devices. I'm relieved that the majority of technological advancement happened before I was born, as I can't imagine having to use such basic equipment every day.

I wonder what he would think of the boom box.
(Photo from the BBC News Magazine)
Posted by Carolyn Gould at Tuesday, June 30, 2009 No comments:

(Illustration by Shepard Fairey)
Posted by Carolyn Gould at Monday, June 29, 2009 No comments:

BTW, the tagline for the movie Wall Street is “Every dream has a price.”
Posted by Carolyn Gould at Wednesday, June 24, 2009 No comments: 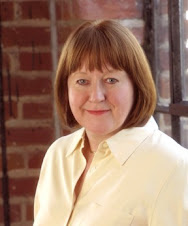